We've been lacking a tad on our Bands to Know's. And We're sorry. We have missed out on countless opportunities to support some rad underground acts. But now we're taking advantage of that and putting together a BIG ASS BANDS TO KNOW. Ten bands, Ten songs. Ten million little cells in my brain dying from such awesomeness. And I promise you all this selection is very diverse, so there's something for every metal head in this batch 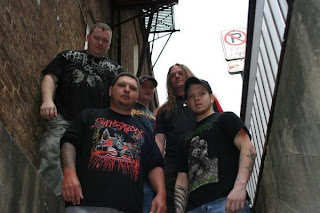 Enruined is a Metal band from my current city of residence, Cleveland, Tennessee. With a bit of a modern thrashy sound mixed with a death metal element as well as s soothing melodic sound, Enruined is definitely a band your ears should enjoy. They are currently getting ready to enter the studio to work on releasing their next full length. Click a few of the links below to check them out!
FACEBOOK|REVERBNATION|TWITTER 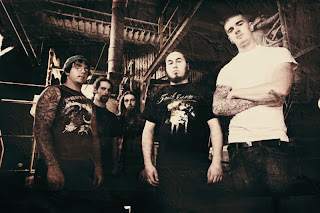 MISGUIDED AGGRESSION -Incase you are not aware, Canada has some pretty fucking awesome metal. Misguided Aggression is one of those awesome metal bands from Canada. With a killer technical deathcore sound, these guys are sure to rise up to glory like their genre's biggest figures before them.
BANDCAMP|OFFICIAL WEBSITE|FACEBOOK

PROTESTANT -
This is one of my favorite bands right now. Hailing from Milwaukee, Wisconsin. This Heavy Hardcore/Punk band is nothing but pure fucking music. Protestant was formed in 2004, and since then have released a shit-load of awesome tunes. You can buy their stuff here

NATUR - If you're into bands like Judas Priest, Merciful Fate, or any band that gives you an old school metal vibe, this band is your kind of tunage. Formed in 2008, NATUR is a Heavy Metal band from Brooklyn, New York. They recently got signed to Earache Records for being so awesome. They have shared the stage with acts like Ghost, Aura Noir, and Toxic Holocaust! Links below!
|MYSPACE|

O C O A I - If you're a fan of tunes that drone you into the music and get you mellowed out, only to get smacked in the face by hard hitting riffs and a cello, then you'll absolutely love O C O A I . These guys are a small instrumental band from Johnson City, Tennessee . With a bit of a metal sound and tons of melody, these guys are definitely one to know what a diverse sound is and how to create it. I have had the opportunity to see these dudes shred the christ out of my brains live. And let me tell you, that was one of the best underground show I have ever been to Period. |FACEBOOK|OFFICIAL SITE|LAST.FM|

IRE & SENTIMENT - Post-Hardcore fan? Well, if you are, keep reading. IRE & SENTIMENT is a post-hardcore band hailing from New Jersey. They have played with tons of huge acts in their genre, and have been receiving tons of acclaim for being good!
OFFICIAL SITE|TWITTER|BIGCARTEL

GENERATION OF VIPERS - Oh, What's that? You like DOOM? and SLUDGE? Haha, no stress. Generation of Vipers has got you covered on that. These guys are from Knoxville, Tennessee. And if I could describe these guys in two words....FUCKING METAL...... Like O C O A I, I have had the chance to see this live I literally felt a spec of blood in my ears from the spine shattering show.
|BANDCAMP|BIGCARTEL|OFFICIAL SITE|

LION SPLICER -  You like Mastodon? Opeth? Clutch? or how 'bout Foo Fighters? Well, Lion Splicer has a sound combining all of those bands. Breaking out into the metal music scene, Lion Splicer are currently establishing a name for themselves in the abyss known as New York Fuckin' City! Lion Splicer put out a killer free release called Slicer, that you can download. But if and ONLY IF you click the following links. (just kidding, click this if you want it. But still. Please click the mother fucking links. Thanks.)


CRIMINAL ELEMENT - This band is for all of you pure fucking brutal ass Death Metal and Grind fans. Criminal Element in my opinion is one of the heaviest bands of this decade. The band hails from Washington, DC, and holds ex-members of Misery Index and Suffocation. Do yourself a huge favor and LISTEN TO THIS FUCKING BAND.
|FACEBOOK|MYSPACE| 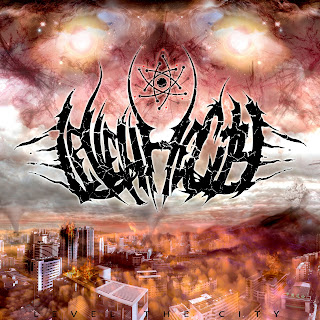 LEVEL THE CITY- Hailing from Wisconsin, Milwaukee,  Level the City is pure deathcore at it's finest. Combining the sounds of bands like The Faceless, Born of Osiris, and OCEANO, These guys add a sick level of brutality  to their genre not to many can accomplish. Be on the look-out for these guys! Links below!