So This Is A Band To Know: Zedadiah from So This Is Suffering 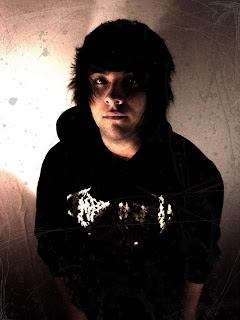 Okay guys, if you haven't listened to So This Is Suffering yet, you're missing out on one of So-Cal's heaviest (and technical) bands today. They've played with some of the biggest names out there, and they deserve a lot more credit for their unique brand of Deathcore/Progressive music. Here's lead guitarist Zed answering some of our questions:
MIR: How did So This Is Suffering begin?
Zed: Zack and I were neighbors and started a band, not really expecting to actually last longer than a year. Eventually we replaced former members with the lineup we have now.

MIR: How do you think your sound has changed since the beginning of S.T.I.S?
Zed: Well I barely turned 15 when we started so you can only imagine how elementary the music was. Imagine the Harlot EP 100x worse haha The music we've been writing this year is a dramatic improvement from any thing that we've put out.

MIR: You just kicked out your singer Richard. How do you think some of your fans will respond to that? What kind of vocals should we expect?
Zed: Honestly? I think people who were quick to judge our music based off of Richard's looks might give a second listen. What kind of vocals should you expect? Still scary sounds and no inhales...isn't that what matters in this genre? haha

MIR: The So This Is Suffering E.P came out in December, are you satisfied with the outcome? When should we expect a new E.P?
Zed: Yeah, that EP was finished for well over a year. By the time we released it I was already disappointed with the musical aspect of it and ready to progress. We've been writing with the new vocalist and guitarist since January and all I can say is that the new music is a huge leap from the self titled EP, but in a good way of course. Not too sure when we will start recording it, just know it's something to look forward to.

MIR: You were in a few side projects, are any of them still active? When should we expect releases from them?
Zed: I was in a band called Kincaid with Peter Swiatkowski (former So This Is Suffering guitarist, current Murder Death Kill bassist) but that was a very short-lived project. Peter plays bass in Murder Death Kill and Blood Stands Still now, but I wouldn't know when they are releasing new music.

MIR: What's the gayest thing you've done at a show?
Zed: I witnessed our bassist get in the pit with no pants on hahaha he was high
You can listen to these dudes at www.facebook.com/sothisissuffering or www.myspace.com/sothisissuffering
Follow them on Twitter too! twitter.com/sothisistweetin
So This Is Suffering should have a lot of So-Cal dates up soon.
-Angel Torres
Posted by agape_777_ekklesia at 12:43 PM

Email ThisBlogThis!Share to TwitterShare to FacebookShare to Pinterest
Labels: Bands To Know, So this is suffering