So it's been 6 months now. Which to all you stupid people, that's half a year. Since I decided to be a plagiarist, I copied most metal sites out there and decided to choose a few records of 2011 that just so happen to be amazing. You, the person reading this. (if you continue to read this, of course) either care about my opinion or not. So, here they are. My best albums of 2011 so far.


This album over all is amazing. It has more than I could ever ask for in a doomy sludgy metal band. What with how it drones you into the music. It's just an album you cannot afford NOT to listen to. The album art is sick. The songs are sick. The dudes are sick. What more could any of you obviously want? If you really want your moneys worth, buy this. You wont ever regret it.

Exhumed- All Guts No Glory

"Exhumed? Those Death Grind legends? What? New album? Well is it amazing?" OF COURSE IT'S AMAZING! IT'S FUCKING EXHUMED GUYS! I have five simple words to say guys.....
Best album of 2011? 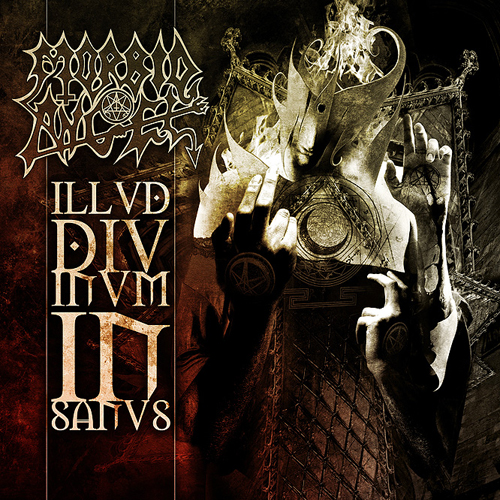 
This album may not be my number one this year so far, but damn. It's up there. with killer sludge tracks that make me want to bash my face into a sledgehammer, this album was over all great. I give the dudes in the band props for making an album this awesome.

Baring Teeth- Atrophy
This has got to be my favorite willowtip release of all time. Baring Teeth's debut album Atrophy is and album I've been looking for since the dawn of my metal head existence. If this is only the beginning of Baring Teeth, I wonder what will come next....


With a band name that awesome you know damn well it'd be a good album. Weekend Nachos' 2011 release Worthless is worthy of all the credit I can give. I've listened to the album far too many times to count. I blame my obsession over relapse bands for my love for Weekend Nachos. Oh I also blame them. For making kick-ass music. And because I need someone else to blame.

Neuraxis- Asylon
Ever listened to Neuraxis? The feeling is like cramming my head into a microwave filled with zombie flesh eating Koalas. Amazing. But highly brutal. Melodic Death Metal band Neuraxis obviously know how to put out one hell of an album.


Well everyone, there you go. I hope you all go out and purchase these releases rather than download. It's a shame no one knows how to support a label these days. Speaking of which. Thank all the labels (Relapse, Halo of Flies, Willowtip, Prosthetic) for giving all the bands listed an oppourtunity to put these out. And of course, don't forget to thank all the bands (INDIAN, Exhumed, Northless, Weekend Nachos, Neuraxis, Baring Teeth) for putting out such amazing albums.
Thanks all! The next time we'll see one of these will be in January. Until then keep supporting the site!


-David
Posted by davidmetalinruins at 5:22 PM