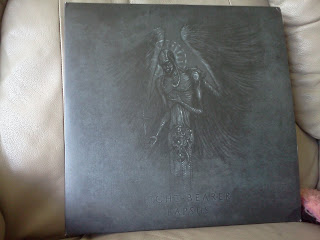 Lapsus is an album of perfection, spiked with melody and morbidity, the album was a cover of a mere  apocalypse light bearer has laid upon us.  The album begins with Beyond the Infinite, a melodic introduction that you could say was "made to produce intense atmosphere..." that it did, friends.  Literally, as it begins, atmosphere is droned around you like a creeping willow pulling you from a stretched abyss, with it's branches gently lifting you to a blackened exile, to as where you hear nothing but this... atmosphere.  As it kicks in, the song sounds if it was a symphony conducted by satan himself, shall we say "Satans Symphony". The way I see it, it is a practical fight among the heavens and the scorching  lake of fire, hell.  We then hit the end of this introduction, to hear a strange voice in your ears, only to find after that the song Primium Movements, a thirteen minute mixture of emotions, with vocals so powerful and angry, rhythm showered with sorrow and despair, yet with a hint of joy. 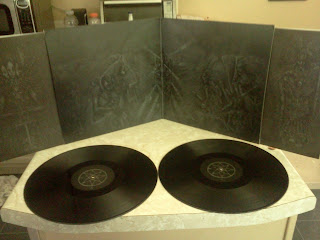 As the song leaves we get to Armoury Choir, which sounds as if (i'm bringing back this reference again) a battle among Heaven and Hell, simply that. Good and Evil are fused together as you picture survival at stake for what may seem a tale of grim and weary souls.  The Vocals in this song are unbelievable, they overpower everything in the album.  At the, lets say 6min45sec mark of the song (beginning my favorite part) the rhythm of the song rises and becomes a bit of a faster song, with drums pushing the steady rhythm away, bringing the strange voice back. 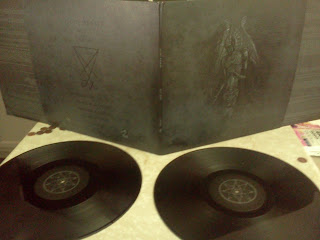 the song says it's goodbyes and kicks to the Metatron, as it begins with what sounds like whispers in the wind and a gentle church choir pushing souls down to the gallows, skipping over to Prelapsus, an instant kick into action, with vocals even more intense that I honestly sought them out to be in the song.  Soon the time comes for the title track (aka, the 17 minute 39 second track) LAPSUS, as Satan's Symphony does an appearence now and then in the track.  I must say, the song in general holds more than any song on the whole album, combining every single piece of the record, and more into one. Definitely one of the greatest closing songs I've yet to hear. The album closes as a fading violin ends the song with a weary, dreaded ending, making you forget about where you started or finished the album, and start the experience all over again
-david

Posted by davidmetalinruins at 11:21 AM